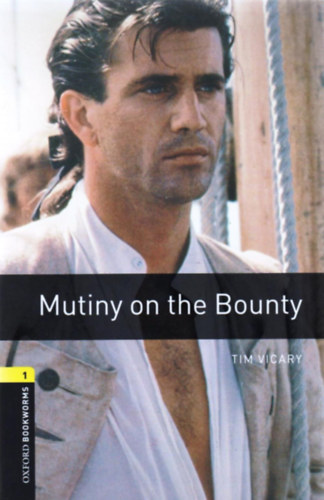 Mutiny on the Bounty - Oxford Bookworms 1.

It is night in the south seas near Tahiti, and the ship HMS Bounty has begun the Long voyage home to England. But the sailors on the ship are angry men, and they have swords and guns. They pull the captain out of bed and take him up on deck. He tries to run, but a sailor holds a knife to his neck. 'Do that again, Captain Bligh, and you're a dead man!' he says. The mutiny on the Bounty happened in April, 1789. This is the true story of Captain Bligh and Fletcher Christian, and the ship that never came home to England.

'I often walked along the shore, and one day I saw something in the sand. I went over to look at it more carefully ...It was a footprint - the footprint of a man!' In 1659 Robinson Crusoe was shipw...