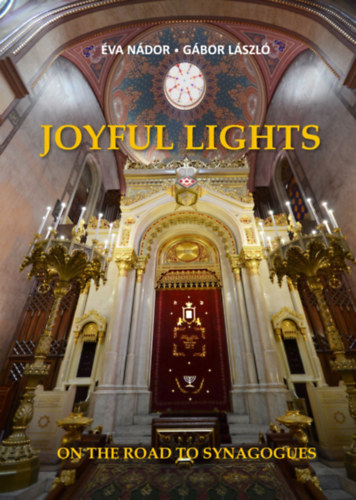 Joyful Lights - On The Road To Synagogues

The book invites the reader on a special journey to sixty-four synagogues in thirty-seven cities around the world. In the course of this exciting exploration, you will learn a lot about the history of often exotic destinations, the story of their synagogues, and about the past and present of Jewish communities living there.

With the help of extensive photo illustration, you also get a glimpse inside beautiful synagogues.
In addition to historical and cultural facts, you will also come across fascinating tidbits in the book, which you have not heard about before.

* Oliver Cromwell, a British statesman, supported the return of Jews to England.

* Camille Pissarro, French Impressionist painter, was born on the island of St. Thomas and was a member of the Jewish community there.

* Dr. Ho Feng-Shan, in his capacity as Chinese consul in Vienna, issued thousands of visas to Jews fleeing the Nazis between 1938 and 1940.

* You can also get an answer as to why the floor of some Sephardic synagogues is covered with a thin layer of sand.