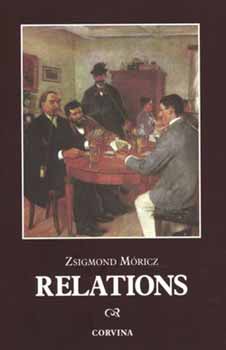 Zsigmond Móricz (1879-1942), one of the leading Hungarian writers of the 20th century, was born into a poor peasant family. He became famous overnight as a writer of distinctive short stories when his autobiographical story 'Seven Pennies' appeared in the periodical Nyugat in 1908 (in English with other short stories in 1988 by Corvina). Hailed by the critics as his most important novel. Relations (1932) paints a striking portrait of the provincial society that he knew so well. It is a tale of the nepotism and corruption that ensnare Istvan Kopjass; high office is thrust upon him, but he finds himself dragged into a network of shady deals and is driven, his idealism shattered, to attempt suicide. Like Moricz's other work. Relations is marked by direct language, incisive characterisation, and its author's passionate realism and patriotism.

New York Times Bestseller Milkman Dead was born shortly after a neighborhood eccentric hurled himself off a rooftop in a vain attempt at flight. For the rest of his life he, too, will be trying to ...